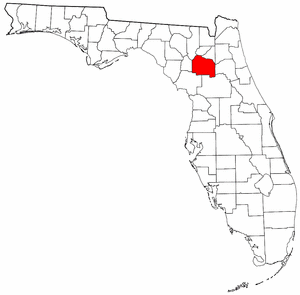 Florida unemployment dropped below the 10% level in 2011, the lowest since 2009. The Gainesville area in particular, including Alachua and Gilchrist counties, has a jobless rate of 7.7 percent as of the close of 2011. The state of Florida has dropped from 10 percent unemployment in November 2011 to 9.9 percent in December 2011. These rates come from the Florida Department of Economic Opportunity.

Due to this drop in unemployment and an overall improvement in the economy, the real estate market in Gainesville could stand to see some effects. More job growth in certain sectors is starting to translate into the possibility of improved home sales and less days on the market for homes.

Gainesville has seen a significant improvement in the residential real estate market in a number of areas recently. In the last quarter of 2011, the number of closed sales steadily increased in an upward trend through October, November & December. Days on the market (DOM) for a listing steadily decreased throughout the quarter from a high of 179 in October to a low of 96 days at the end of December. Pending sales enjoyed continued growth as well from a start of 108, a slight dip to 99 in mid-quarter, to a high of 155 by the end of December 2011.

Playing along with lower rates of unemployment locally, buyers could be swayed back into the market by rising rental rates and lower mortgage rates. Gainesville apartments continue to jump, accruing a $130 increase in average rate in 2011. Mortgage rates being at record lows can also be a prime factor, especially considering the rental rates are going in an opposite direction.

This upward trend looks promising to support the growing Gainesville economy as well as the possibility of the local real estate market. As this trend continues, more improvement looks to be the result as 2012 progresses.

**Contributor for this post: Special Thanks to Emma Crawford, a creative writer from Murray State University. As an aspiring writer who specializes in writing about travel destinations and tourism.