4 Reasons Why We’re Not Headed For Another Housing Crash 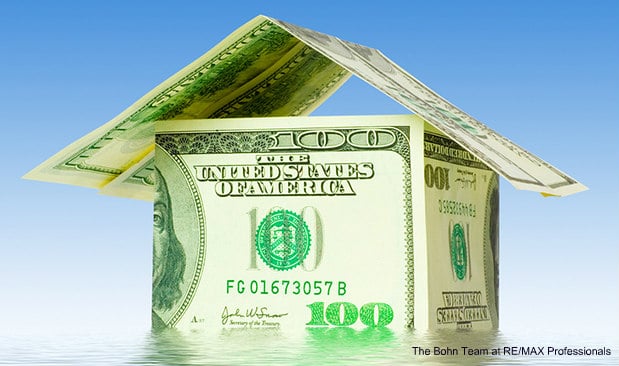 With home prices rising in some areas of the country, many people are worried that we’re headed for a housing crash like the one we suffered in 2008.

But here’s the thing: it’s just not true. While it’s understandable that people would look at the current market, consider it a “housing bubble,” and assume it’s going to pop, the truth of the matter is the market today couldn’t be any more different than they were before the crash of 2008.

Let’s take a look at 4 reasons why we’re not headed for another housing crash.

1. Banks have tightened their lending practices

The biggest contributor to the crash of 2008 was risky lending practices. Financial institutions had extremely loose standards in terms of who they’d lend to. They were giving out mortgages to people with low incomes, bad credit, and who were unlikely to be able to pay their mortgage once their interest rates increased. Getting a mortgage was easy back then-regardless of your financial situation. While this made homeownership possible for people who previously would have needed to rent due to lack of income or bad credit. It also led to serious problems when millions of people began defaulting on their loans, leading to the housing crash and the ensuing economic crisis.

Today, those predatory and unethical lending practices have been completely overhauled. Mortgage standards are much more strict. And the lenders are more cautious about who they grant loans to. This has led to greater stability in the market and will prevent another crash like the one we experienced in 2008.

2. Fixed rate mortgages are the norm

As mentioned, a huge part of the housing crisis of 2008 was subprime mortgages. The mortgages given to the riskiest borrowers were adjustable rate mortgages. Once the introductory period was over, borrowers saw their interest rates skyrocket and their mortgage payments quickly double or triple in size, making them completely unaffordable and leading to mass defaults on loans across the country.

But today, while adjustable rate mortgages still exist, they’re significantly less common. Fixed rate mortgages are the norm. When people borrow, they know exactly how much their mortgage payment is going to be for the life of their loan. This allows them to assess their budget and only borrow as much as they can afford, making it much less likely they’ll default on their loans in the future.

3. Today’s rising prices are a supply and demand issue, not the makings of a bubble

In 2008, prices rose rapidly because everyone wanted to buy property. Real estate experts called it a “mania” because so many people who weren’t able to buy property suddenly had the ability to do so. Purchasing a home in the US accelerated to a frenzied pace, which drove up prices.

But today, prices aren’t rising because there’s a flood of frenzied buyers in the market. Instead, it’s a supply and demand issue. People are staying in their homes longer, which means there’s less inventory available in competitive markets. When there’s less inventory, there are more people vying for the limited homes available. That drives up property prices. This kind of price increase is just a normal part of a competitive market, not a reason to worry we’re headed for another housing bubble.

Perhaps the biggest reason you don’t need to worry about the US heading for another housing crisis, is the fact there’s economic growth to support rising prices.

The reason the most competitive markets in the country are rapidly growing with historic price increases is due to economic growth. The most competitive housing markets in the US are the markets with the most opportunity. People are flocking to areas where there are jobs, stable economic growth, and opportunities for the future. Potential homebuyers want to purchase property in a place they know will offer them plenty of career and economic opportunities.

It’s a good thing that there’s economic growth to support growing price increases. This makes for a much more stable market—and a market unlikely to head towards a housing crash.

If you’re worried about another housing crash is on the horizon, take a deep breath. The conditions in our market today are completely different from the conditions in 2008. Thanks to the changes made in lending practices after the crash and our booming economy, you can rest assured we won’t see a housing crash anytime soon.

Let’s talk about our local real estate market in Gainesville FL.  Give us a call.