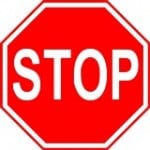 It WILL all stop in 3 days.    On Tuesday November 6th – Our Election Day…..it will all stop.    I know I am not the only person in the USA that is just tired of the relentless campaigning.   It doesn’t matter which PARTY or which CANDIDATE….it’s been too much.   Sensory overload. Media overload.  I am looking forward to when it all STOPS……just 3 days. We’re all Tired of Election Overload.

Don’t get me wrong, I know that every election is important.  I have already cast my vote early.  I’m a firm believer in the theory that if you don’t vote, then you can’t complain.   This blog post is NOT going to be my political opinion either.   This post is to complain about what we have endured over the last 90 days with election overload.

1.  Constant phone polling, party solicitations, Robo calls, campaign party calls, pre-recorded phone promotion for multiple candidates, not to mention the 12 messages on my voice mail when I get home at the end of the day.   In the evening, when I’m home, I’m glad I have caller ID.   Today, one of my voice mail calls was a pre-recorded message from Clint Eastwood. And there were 3 other messages.  It’s aggravating to have to delete all those messages too.  Aren’t you sick of this too?   I hear the only way to avoid the relentless telephone harassment is to change your party affiliation to Independent, but that prevents you from voting your choice in a primary.  I’ve been a registered voter since 1978, and I have never had this many phone calls during anyother election.   It’s exhausting.  And this household is boycotting the telephone.

2.  The Slick Mailers in the Mailbox every single day.    I guess the USPS is making more money during an election campaign, but I bet the mail carriers are not very happy about all the JUNK MAIL they are delivering every day.  I’m not lying either, but today I had 15 pieces of different, full color, slick flyers or oversized post cards.   I don’t even look at them anymore.  At first I did, but some are just plain nasty and negative.  Can you imagine the AMOUNT of money that is spent on this advertising/promotion for each candidate?  It’s almost sickening.  I fully admit that all those wonderful postcards & mailers have gone straight into our garbage can. Tired of Election Overload.

3. Tons of Campaign Signs – Everywhere.   I am not going to complain about someone having a sign in their own yard to voice their personal opinion.  Everyone is entitled to voice their opinions on “who” they want to get elected.  What bugs me is that there can be up to 15 different signs at a busy intersection. I’ve seen  a large plywood sign that was blocking the view at a busy corner in the Jonesville area.  Someone else must have complained, and it did get moved after a couple of days.   Some are huge signs held up with 2 x 4’s ,  others are the smaller flimsy ones on wire stands.   So many signs have been up so long that the Florida DOT mowing crews are mowing around them.   And I wish there was a LAW or County Code  that said all signs must be removed within 7 days AFTER the election, with a monetary penalty for not being removed!

4. Social Media Political SPAM, Rants, & Dissertations. Yes, I am addicted to FACEBOOK.   I’ve done a good job of keeping my political opinions to myself.  I also believe that all of the Social Media networks are forums to share and discuss everything.   But Politics and this election have worn me down – even on my own news feed on Facebook.   So much of what scrolls along on my Facebook and Twitter feeds are just political spam.  I’ll be glad when my Facebook feed gets back to normal on Wednesday Nov. 7th.

5. TV Commercials – I almost hate to say this, but there sure hasn’t been many pharmaceutical commercials during the evening news lately.  The political commercials have gotten nasty.   On Wednesday, we’ll be back to normal on our TV commercial viewing. 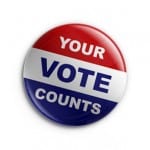 Essentially, the constant roar of political press will fall silent after Tuesday.

It will be a good thing.

I honestly wish there was a “time limit” for campaigning.

Do you think that will ever happen? Tired of Election Overload?

And Please, if you haven’t voted early…..go on VOTE on Tuesday, November 6th.